Home Highlighted To adapt or to die: The Industry 4.0 threatens the clothing industry... 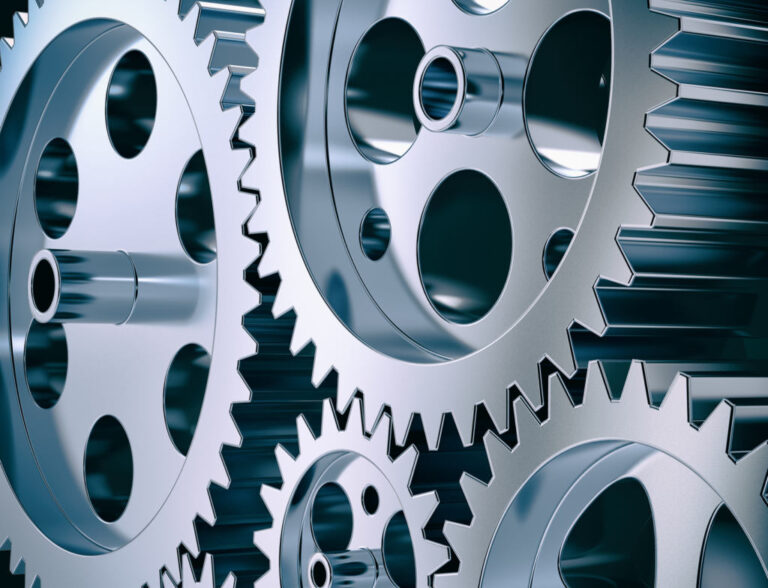 I share this excellent article written by Silvia Riera on Modaes.es about the Industry 4.0 and its influence on the textile sector. Thank you Silvia and Modaes.es for letting me be a part of this! It’s been a real pleasure! 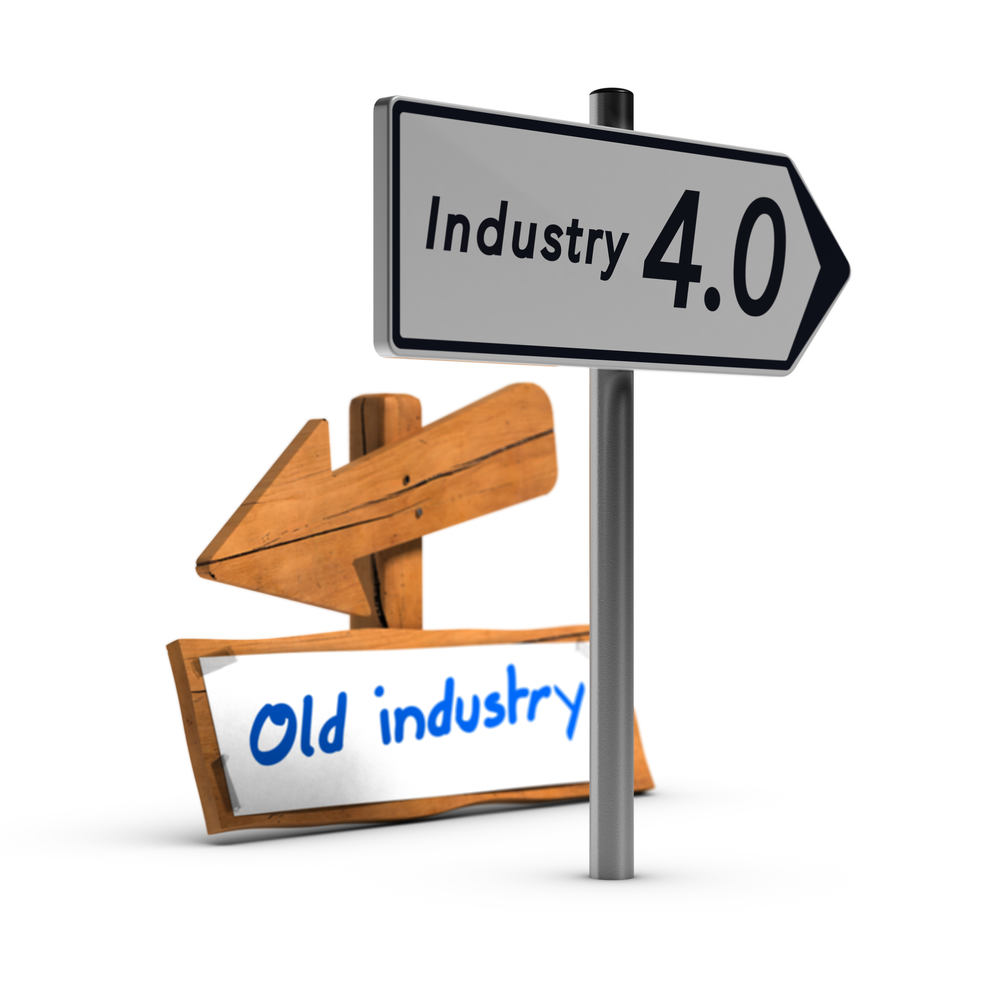 To adapt or to die: The industry 4.0 threatens the clothing industry again.

In Michigan, a tailor takes measurements for a suit and enters them into a tablet. Near Oport, they are received in real time by their supplier. For each suit, a digital file and a bar code are created. As if it were a car factory, the data goes from process to process and each machine, each operator, follows the specifications. From the initial registration, the data is used in the cutting machine, then in the automated warehouse of threads, trimmings and labels, and then it’s used by the seamstresses, who, together with their sewing machines, have a barcode reader and a small computer that gives them the coordinates.

Every day, 300 tailored suits leave this plant, which are shipped anywhere in the world. In ten days, the customer from Michigan will receive his custom-made suit. The Portuguese clothing manufacturer, on his part, is considering opening his business for the first time to the final consumer. Is the industry ready for this new twist? What is the impact of the fourth industrial revolution?

After adapting to industrial relocation and surviving the last financial and consumer crisis, the textile industry now faces a change in the productive paradigm, which threatens its continuity again. If the third revolution consisted of the automation of processes for mass and serial production, the fourth consists of digitizing and managing the data to gain efficiency and speed, and improve profitability, with short and customized series.

This transformation involves rethinking the productive model of the textile industry and redefining the supply networks. 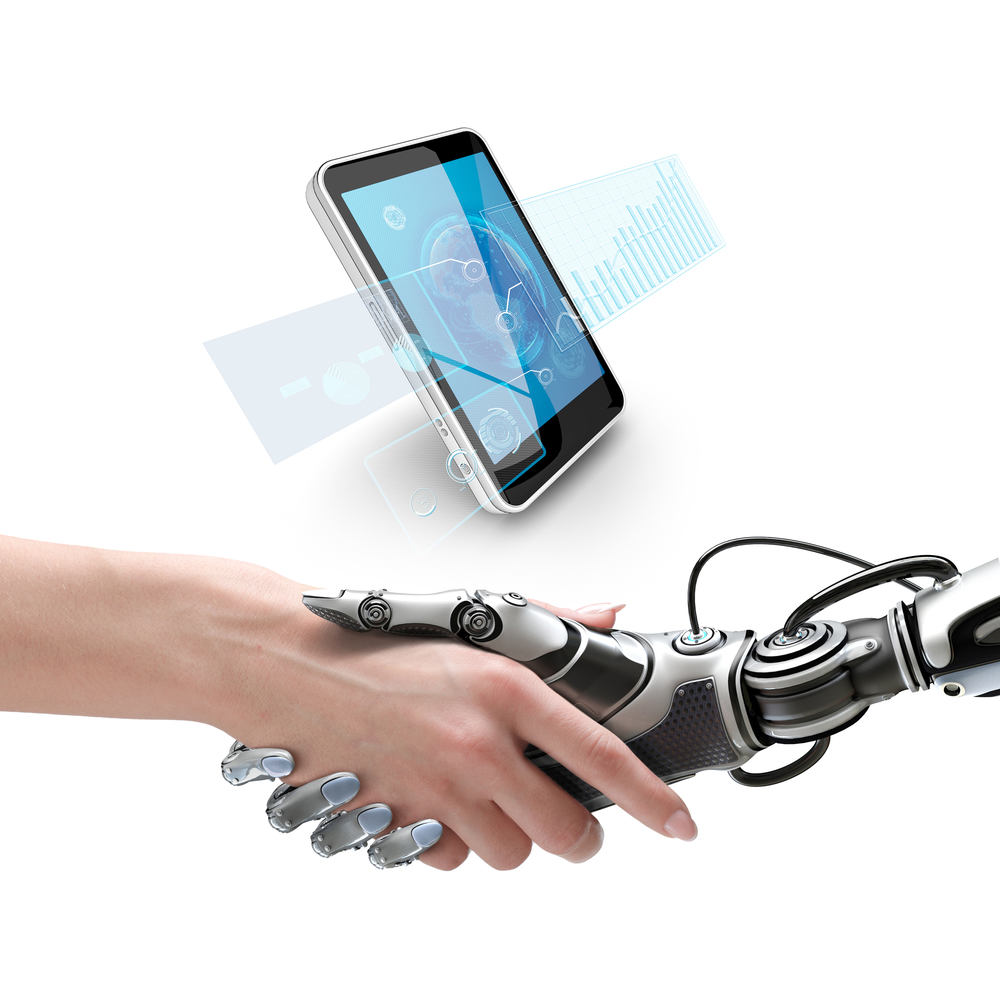 This transformation involves rethinking the productive model of the textile industry and redefining the supply networks, bringing them closer together. This new industry puts at risk traditional production models as well as the hundreds of thousands of unskilled jobs, although it would now include new more technical and more creative professional profiles. The change has begun and there is no going back. Experts agree: you cannot turn your back on technology.

In this line, there are already parties who have begun to act accordingly. Adidas launched its first Speedfactory in the German town of Ansbach a year ago and plans to launch a second one in the United States this year. Nike, meanwhile, has teamed up with the Apollo fund to create a productive structure in the US market and prepares to open its first robotized factory in Atlanta before the end of the year. Amazon has gone even one step further and, for the moment, has patented the model of an intelligent factory with all the integrated processes to produce on demand.

From automation to digitization: the value of the data.

Data is the DNA of the new industry 4.0. Technology already exists, and so does equipment. The automation of processes has been implemented for some time, as well as the communication between machines. The revolution now is how to manage the avalanche of data provided by the machines.

With automation, the industry is now able to systematize and measure processes, and can extract means and patterns. This is a huge amount of reliable data that, if they can be read, analyzed and used, they can help improve the efficiency and profitability of the production chain.

This new scenario culminates with the introduction of artificial intelligence, which could provide the system with the capacity to make decisions, either in reordering the productive lines or redefining processes and even predicting behaviors. The ultimate goal of this new system is to perfect the accuracy to produce short series or customized products without affecting profitability. 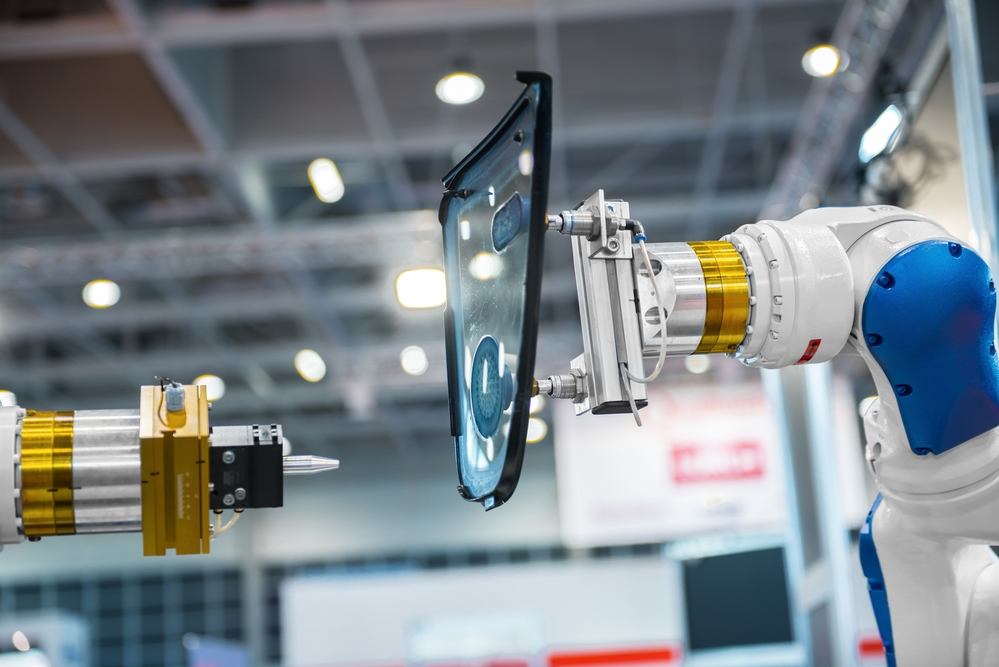 Process automation has been implemented for a long time, the revolution now is how to manage the avalanche of data provided by the machines.

“All sectors are talking about it and not everyone is prepared or knows what it is about,” explains Gabriel Farías, procurement expert. “In Europe, at the moment, it is the big machinery manufacturers that are working on it and adapting their own equipment with sensors that can read data,” he says. “In a business where speed is strategic, this new system will be able to predict what the customer is looking for and offer it immediately,” he adds.

Farías poses the ideal scenario, in which retailers could see in real time what all the machines of their suppliers do in all the phases of the supply chain and, by knowing their abilities, their failures and their peaks of production, they may be able to move the lines of production from one to another to intensify the speed of the orders. And they would be able to do it with artificial intelligence. However, the expert believes that it is far from happening and its main barrier, rather than technology, is transparency. “No one is used to sharing information,” he says.

The challenges: investment, training and dismissals.

Just as it happened with the other industrial revolutions, the 4.0 is also going around the whole system and posing great challenges, such as cultural, entrepreneurial mentality, costs, training teams or social changes, with a huge amount of workers in clothing and footwear companies in emerging economies. “Technology requires adaptation, legislation and new rules of the game,” says Farías.

In terms of investment, experts agree that this should not be the main stumbling block because the expenditure on equipment is taken for granted in any healthy company. “The headache does not come from the investment, but from knowing how to take advantage of the data that is obtained,” says Farías.

“Technology does not change overnight,” says Jordi Galtés, president of the employers’ association of Spanish textile machinery manufacturers, Amec. “We have been equipping our machines for some time with online control systems, capable of gathering data, but until now we have only used them to know if everything was going well, as an additional service,” explains Galtés, who emphasizes turning the model’s direction of business and start taking advantage of them. 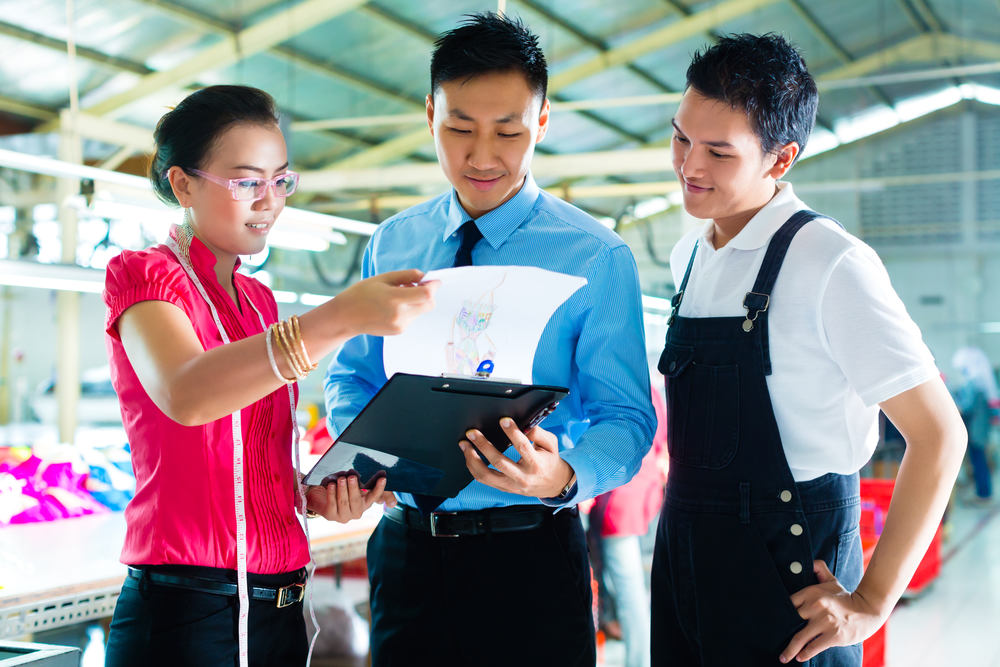 The model change starts from the technology manufacturers themselves. “Until now our business was the machine, but from now on the machine will only be a pretext because what really has value is the management of the data extracted from it,” he explains. “We have to stop being machine manufacturers and start being data managers,” he adds and, in this same line, he points out that: “it’s assumed that the machine is good, but, if you know how to collect and manage the data, you can give information, for example, on how to make more profitable fabrics”.

“All this change must be accompanied by talent and the creation of new jobs that have nothing to do with traditional jobs,” says Galtés, who says that the new candidate profile is still unknown. This new productive system implies new labor skills, new positions and new responsibilities. Technology also creates new professions and perhaps, in this new scenario, there won’t be operators, but programmers, mathematical analysts, statesmen or industrial designers.

“Training must match the new technological challenges and companies should face them and start internal training,” says Farías. According to Galtés, the machines only provide data, but you need a person who gives them meaning and gives them value.

Marc Vidal, guru in transformation and digital strategy, defends technology against robotcalypse. “Technology is only how, people continue deciding why,” says the expert. “You do not have to see technology as an aggressor because, if you look at what happens in the most advanced and more technological countries, you realize they have the lowest rates of unemployment,” he says.

According to Vidal, the training challenge is not only to be faced by the employees, but also by the managers. “Industry 4.0 also poses different leaderships and the need to understand that technology exits to create better teams,” he explains.

The social impact of this new productive model is another great stumbling block of its implementation. However, its incidence in the United States or Europe will be lower than in Asian countries, where the industrial labor force is still intensive, especially in traditional sectors, such as garments or footwear.

The social impact of this new productive model is another great stumbling block of its implementation.

“When industrial revolutions are explained, the focus is placed on major events, but not on what happened to those workers who were fired because of the introduction of the first machines,” explains Vidal. The expert assures that, in the end, these revolutions ended up bringing improvements in labor rights. However, Vidal also points out that the political class must also be able to find solutions for this period of transition. 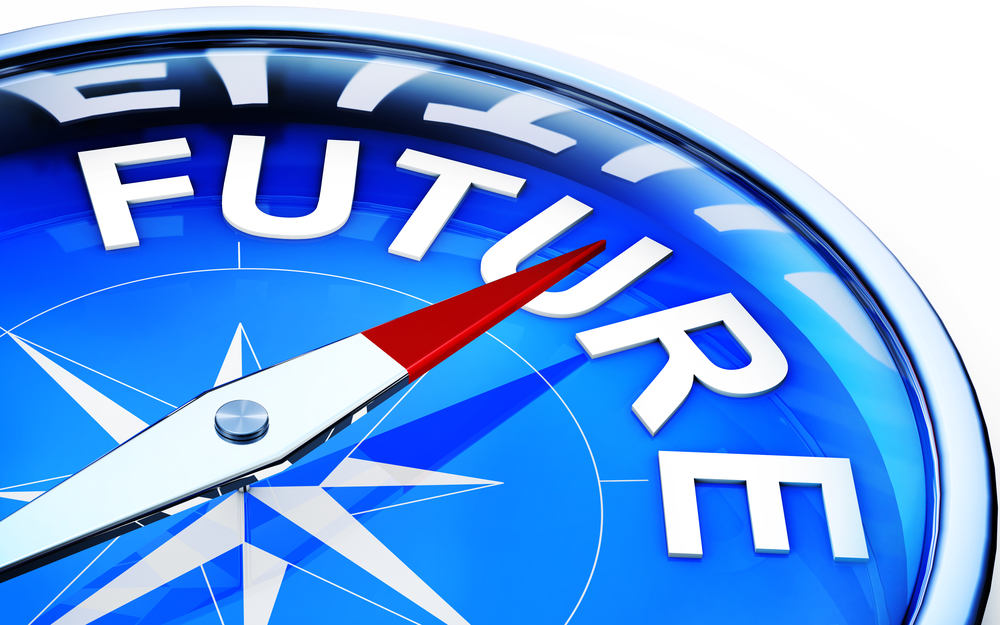 Now, the fashion industry is normally able to launch a design onto the market in twenty days; if the suppliers are close to them, they can deliver the merchandise in ten days. With the use of digitization, why not in 24 hours? And with 3D printers, from the same store, why not in fifteen minutes? The experts consulted agree on the fact that this will happen, we just don’t know when.

“Car manufacturers know that their business no longer implies selling cars, but selling mobility,” says Vidal. “Everyone is going to dress, this is clear, but it is not so clear how, with what and how it will be manufactured,” he stresses.

This is the link to the article by Silvia Riera at Modaes.es: Industria 4.0

Fashion and robotics, a successful relationship