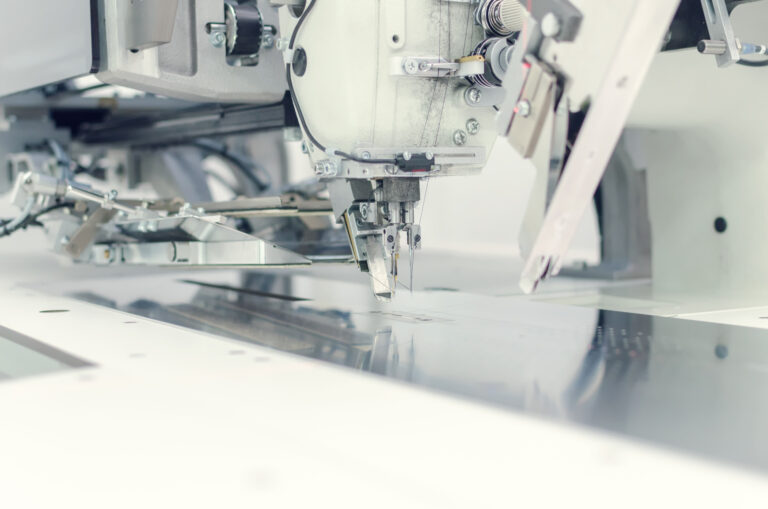 As a continuation of the previous article, we analyze global trends of the textile sector and their impact on Indian companies according to the vision of Wazir Management Consultants.

Third trend: The increase in domestic supplies in China will lead to a Global Trade of USD 100 trillion. 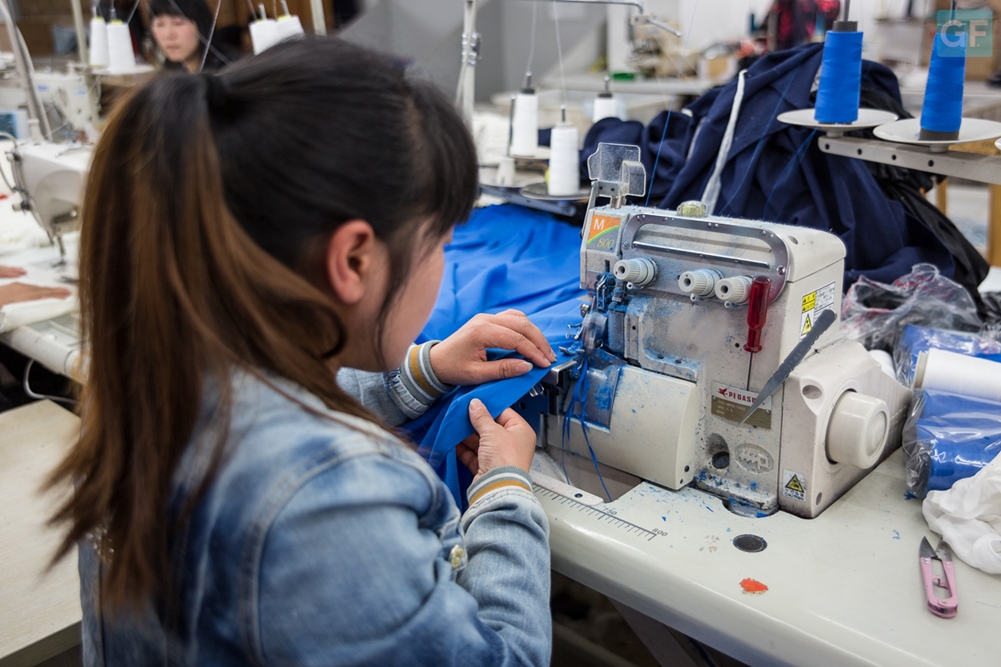 Asia has become the world’s main manufacturing-supplier center of textiles and garments. But now, the region is about to move into a new phase in which its own consumption of textile and fashion products will be substantial.

China has won the “factory of the world” title thanks to its huge population, its low manufacturing costs and the availability of an impressive infrastructure for mass production and the efficient transportation of goods. Focusing on massive export has triggered large domestic and foreign investment in the textile and clothing sector, in which China has dominated the world market for the last two decades.

Exports have played an important role in the economic success of China, but according to its government’s plans, it has started to become into an economy where private consumption will replace investment as the main driver of GDP growth.

China is the world’s main exporter of textiles and garments. Its infrastructure for textile manufacturing, garment making and transportation is the largest and most important worldwide.

Trends and Projections for 2025.

The domestic garment demand in China shows a high growth.

This will lead to several changes.

The Chinese government is undertaking initiatives to promote higher productivity and higher income for workers. The key measures include increasing minimum wages, plus the opening-up of financial markets and increasing competition within the economy in order to enhance the private sector activity, to boost employment and to add to household income.

China will focus on technology and innovation industries, so that the clothing industry will no longer be the government’s primary focus. In the medium to long-term, this will result in a slower growth in the production of textiles and garments.

China’s labor force is decreasing due to the population’s higher average age –as a result of the only child law- and due to the lower flow of migrant labor from rural areas to the coast, putting upward pressure on wages.

Wages in all sectors and regions of China have grown in two digits figures during the last couple of years. In a labor-intensive sector such as textiles and the making of garments, this may slow down the growth in manufacturing production.

China has also entered into several trade agreements with Southeast Asia, where labor costs are lower than China’s. For this reason, Chinese business people open factories in these countries.

Despite all the indicators of a slowdown, it is important to say that China, with its huge territory and abundant labor resources, will remain as the world’s main textiles and garments manufacturer in the short to medium term.

Exports of textiles and garments from China have dominated world trade during the last decade, with a share of about ~ 40%.

It seems that China has reached the maximum share in global trade in recent years and such share is expected to decrease in the next 15 years.

With economic growth, China’s domestic demand will overtake exports and the growth in production is expected to slow down from 7% to a more consistent 5 to 6% per annum.

The gap created by the slowdown in Chinese exports is estimated at USD 100 trillion, due to the decreasing share of China in global trade, leaving room and opportunities for other exporting nations such as India, Bangladesh, Pakistan and Vietnam, among others.

It is important for Indian exporters to take into account the potential and to produce the appropriate amount of units and carry out the infrastructure expansion to meet the demand that China will no longer be able to fulfill. As in the case of China, this trend may also encourage direct foreign investment from large global manufacturers. 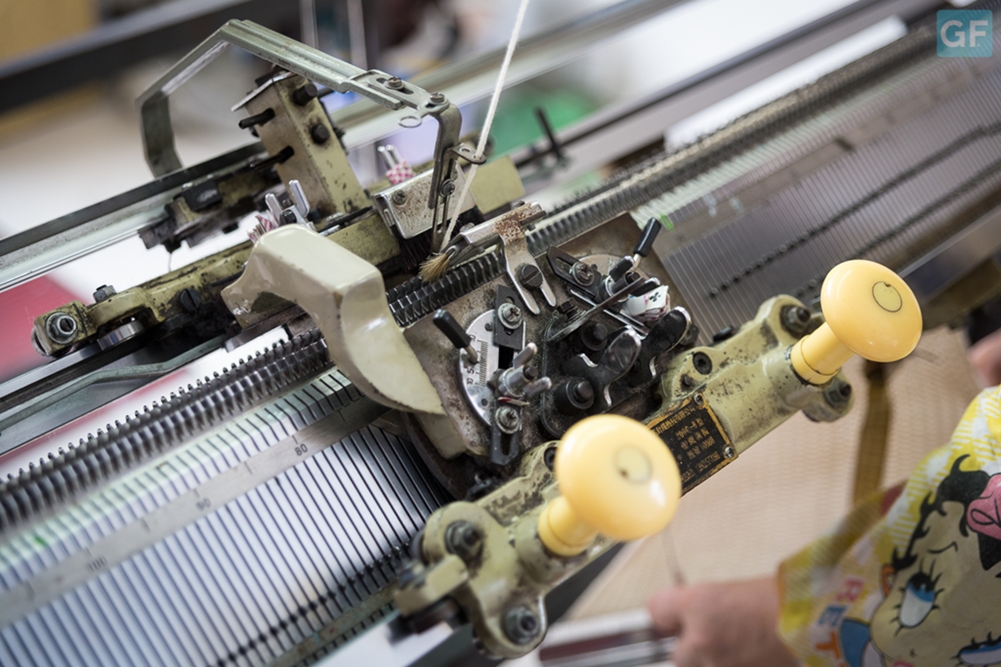 Intra-Asia trade itself will double to USD 350 trillion in 2025, which represents an attractive market segment for exporting nations.

Asia has become the leading manufacturer and supplier of textiles and garments in the developed and developing worlds, and now it is about to emerge as the most attractive of all global markets for the brands of exporting nations.

In the last decade a significant increase in textiles and garments trade has been observed among Asian countries. Nevertheless, such trade is skewed towards a handful of countries in East and South Asia. China (along with Hong Kong) dominates this trade with a majority share of ~ 65%. Other relevant suppliers are India, South Korea and Japan, with a share of 7%, 5% and 4%, respectively.

Trends and Projections for 2025.

China has been the main textiles and garments exporter in the last decade and holds a worldwide share of ~ 40%.

China will shift towards domestic consumption and reduce exports, giving way to other manufacturing countries to take its place, provided that they are able to gain a foothold in terms of capacity and infrastructure, in order to make use of this opportunity.

India is the second largest producer of textiles and garments after China.

The current domestic consumption amounts to USD 45 trillion, in contrast to an export basket of USD 34 trillion. With a high level of investment in the manufacturing sector and the expected increase in the adoption of technology, production is likely to rise significantly in order to meet the growing domestic demand along with the constant growth of exports.

South Korea has been struggling for free trade agreements with the purpose of strengthening international cooperation and increasing exports. Nonetheless, the increase in production costs resulted in manufacturers seeking alternative destinations, mainly in Southeast Asia.

The trade agreements among Asian countries will have an important influence on trade in the years to come. India and China, the main emerging powers in Asia, have entered into trade agreements with exporting countries such as Bangladesh, Vietnam, Cambodia, Myanmar, Sri Lanka, etc. Almost all of such agreements include clothing and textiles.

China will continue to be the main textiles and garments supplier for countries such as Japan, Hong Kong, South Korea, India and Bangladesh.

As China starts to focus on higher value added products, India will emerge as an important supplier of textiles and basic garments.

At the global level, Intra-Asia textiles and garments trade is expected to grow from USD 180 trillion in 2011 to USD 350 trillion in 2025, with a compound annual rate of 5%.

China will continue to be the main exporter, though its share will drop from ~ 66% to ~ 55% and other exporting countries will have a golden opportunity to gain share of the global market.

China will continue to be the main exporter, but more focused on domestic consumption. Other exporting countries such as India will have an important opportunity to increase their share in the global market. 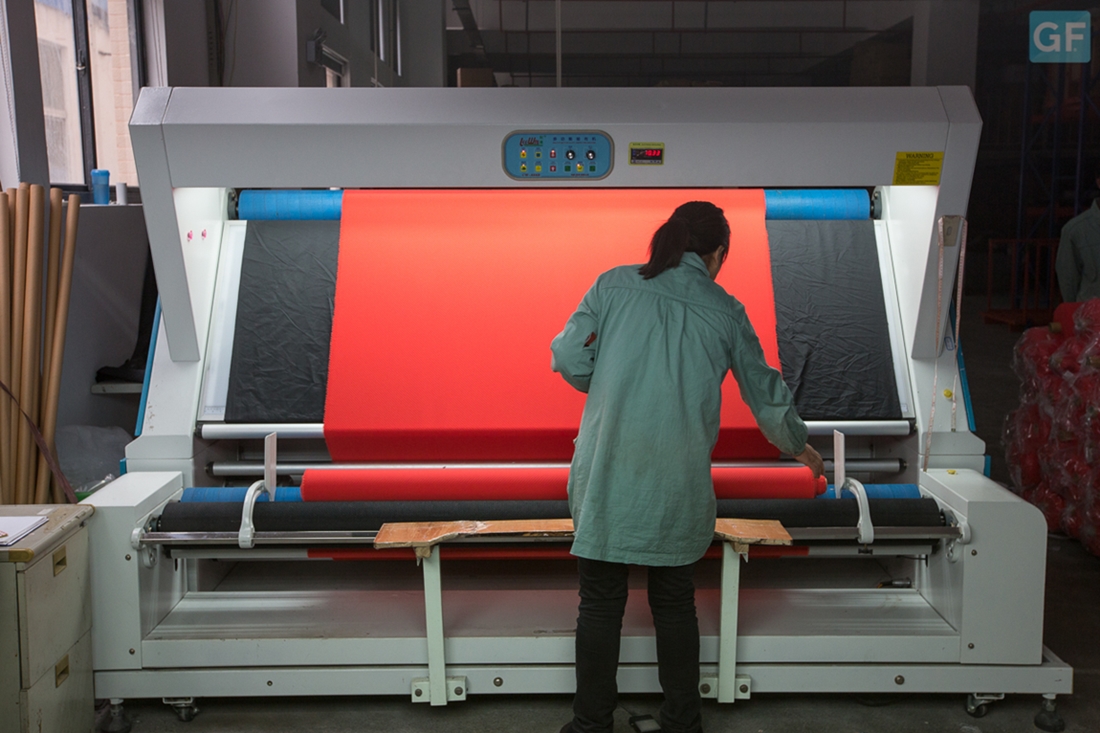 The global manufacturing value chain will attract investments amounting to USD 350 trillion in order to meet the additional USD 1 quintillion demand in the clothing market in 2025.

The global macroeconomic and demographic changes are very clear, as well as their implications for the textile and clothing sector. For Indian manufacturers in particular this means to be present in the right place at the right time. On the one hand, the high domestic consumption will offer important business opportunities, while on the other hand, a slowdown in Chinese exports will be an opportunity for exporters to fill the gap, provided that they are able to expand and meet the buyers’ expectations. With such potential, India will emerge as a privileged destination for investment in the textile and garments sectors, both by Indian and international companies.

The manufacturing value chain from yarn to garment making is an important matter. In the first stage, which is spinning, the investment turnover rate is almost 1:1 and it improves in the fabric stage –weaving and processing- to become ~ 1: 1.5. Finally, in the garment making stage it becomes 1:4. In order to obtain a Production Value (PV) of USD 100 million an investment of ~ USD 85 million is required. Such investment covers all capital expenses, including land, buildings, machinery, equipment for diverse purposes, etc. A significant investment will be needed in order to meet the increase in global clothing demand by the year 2025. The industry will also have to allow the replacement or modernization of the existent machinery.

The strong improvement in investment stems from a gradual economic recovery, the increase in the demand from developed countries since the 2008-09 financial crisis and a high demand from many developing countries.

No other country comes even close to developing the kind of manufacturing established by China in the last 15 years.

Trends and projections for 2025.

According to Wazir, an increase in the global demand of garments is expected by the year 2025. This will be reflected in price and volume. It is estimated that in the long term the inflation of global retail prices will grow at an annual rate of 3%, while the market growth balance will be on account of the additional consumption. This means that an additional manufacturing capacity will be required to meet a market demand of ~ USD 410 trillion, at the retail level. Moving backwards into the value chain, this figure turns into a PV of ~ USD 165 trillion at garment level from 2012 to 2025.

On the other hand, investment must be made to improve the existing manufacturing infrastructure. To make an estimate of this kind of investment we must take into account the machinery average age in each sector and the replacement level of compliance. It is estimated that the total global investment required up to 2025 in the textile and garment making sector will amount to USD 350 trillion.

An investment of ~ USD 350 trillion will be needed in the textile industry and the global clothing making value chain to meet the market demand of USD ~ 1 trillion by the year 2025.

Such level of investment is required to create additional capacity.

Implications of this trends for Indian companies.

Denim reloaded: reinventing the industry to update a fashion classic

Global trends in the textile sector.